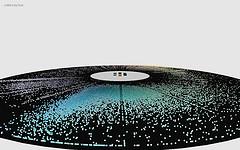 Unified process and Unified Process Rational (UP and RUP) Universidade Federal Fluminense (UFF) University Polar region of River of the Oysters (PURE) Computer science Welton Luiz of Oliveira Barbosa Carlos David Pasco Institute of Science and Technology Unified Process 1-Introduction Process: Act to proceed, to go for ahead; Succession of states or changes; Way why a thing is become fullfilled or executed; method, technique. Aurlio Dictionary For this definition, we can identify the reason of the Unified Process to be called process. The unified Process appeared as new a proposal of development, running away from the model in cascade, following basically the same generic stages of software development, however aiming at an iterative and incremental development, total different of the model in cascade. The best RUP is born of the capture of practical of software development, aiming at to give to satisfactory reply to the diverse inherent problems the activity. As Grady Booch these are some causes of problems in elapsing of a software project: Special management of requirements ambiguous and inexact Communication fragile Architectures overwhelmd Complexity Inconsistencies not detected in requirements, constructions and implementations insufficient Test subjective Evaluation of best statuses of the project the practical ones are boardings tried commercially and with proven success. Used in combination, they attack the origins of problems in the software development. They are: to 1.Desenvolver software iteratively. to 2.Gerenciar requisite.

to 3.Usar architectures based on component. to 4.Modelar software visually. to 5.Verificar the quality of software continuously. to 6.Controlar changes of software. This process, for having been ' ' criado' ' for the same names of the UML, it makes an ample use of this, during its stages of software development. It is an agile process, with this, not only aims at to the constant release of versions of software for the user, having as objective the documentation, but also construction of software devices, then after the recognition of the main requirements.