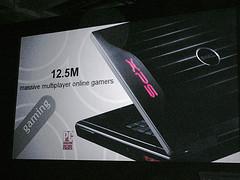 In developed countries, plastic foams for over 50 years are used as thermal insulation products in the form of rigid plates. Long-term heat-engineering parameters of plates made of extruded polystyrene (XPS) were improved the evolution of blowing agents (BA). Products made of polystyrene foam without Freon (CFC, HCFC, HFC) to until the end of 1950. XPS did not churn with the addition of Freon CFC-12 as the "eternal", the long-term component which improves thermal performance XPS. It was found that the diffusion rate of CFC-12 from the XPS boards is very low.

At the same time, it became known that the CFC-12 negatively affects the Earth's ozone layer. In the late 1980s. XPS foaming with Freon CFC-12 was replaced by HCFC-142b, which is equivalent to the CFC by thermo-indicators, but less harmful to the ozone layer. It was found that HCFC-142b has a low coefficient of diffusion through a film of polystyrene. As a result, boards XPS, foam that gas, show the same long-term heat-engineering parameters as thermal insulation, foam CFC-12.

Currently, the developing countries of XPS boards produced mainly using HCFC-142b and HCFC-22. These foaming agents while (until 2010) are used for production of boards and XPS in North America. In connection with the prohibition of the use of CFCs HCFC group have developed a variety of substitutes. One of the best alternatives for long-term thermo-indicators in the production of plates XPS was HFC-134a. Freon HFC group does not contain chlorine. They are much less dangerous to the ozone layer and have a small period of life in the atmosphere. In Europe, where a ban on the use of HCFC-agents used for foaming XPS or carbon dioxide (CO2) in its pure form, or CO2 in combination with hydrocarbons, alcohols, etc. Using CO2 to foam – technically difficult task that requires substantial investment in the reconstruction of existing production lines.